After most segments in the market had stabilized by mid-2011, the most recent data points are indicating a pricing rebound is occurring, particularly in the more moderately-priced housing and land segments of the market. Examples of this are most prevalent in the vacant land market, which has seen properties in the Melody Ranch and smaller lots of the East Jackson market transacting between $260,000 and $300,000 (where they had once had traded for as low as $200,000 or less). However, signs of an uptick have also been noted in attached home developments such as the Elk Run Townhomes. At this point, it would be most logical to consider this phenomenon a rebound from the “over-corrected” state in which the market had existed since 2010 – 2011, and not the onset of double-digit appreciation noted in the pre-2007 market. That said, tightening inventory could very well contribute to increasing pricing trends (presumably at more moderate rates) by the second half of the year. 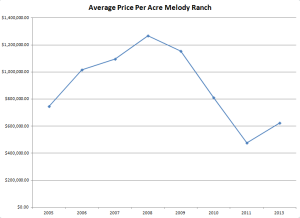 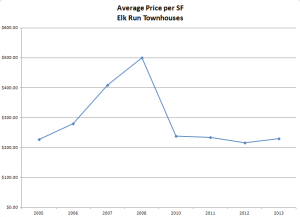